Official 4k image link (can be used as wallpaper for your mobile phone):
https://www.nsf.gov/news/special_reports/blackholes/downloads/A-Consensus.jpg

It's the shadow of a supermassive black hole in a galaxy known as M87 on its accretion disk, the matter that revolves around a black hole.

What does it mean

This is the first time we have seen this. It took a network of telescopes that spanned the globe to capture this. To reiterate: It is the first real photo, not a simulation, of a black hole.

This is what a black hole looks.

A worldwide network of telescopes, called the Event Horizon Telescope, has expanded the M87 galaxy supermassive monster to create this first image of a black hole.

“We saw what we thought was invisible. We saw and took a picture of a black hole, ”said Sheperd Doeleman, EHT director and astrophysicist at the Harvard-Smithsonian Center for Astrophysics in Cambridge, Massachusetts, April 10 in Washington, DC, at one of seven simultaneous press conferences. The findings were also published in six articles in the Astrophysical Journal Letters.

"We've been studying black holes for so long, sometimes it's easy to forget that none of us have seen one," France Cordoba, director of the National Science Foundation, told a news conference in Washington, DC Seeing one "is a herculean task," she said. .

That's because black holes are notoriously hard to see. Its gravity is so extreme that nothing, not even light, can escape across the edge of a black hole known as the event horizon. But some black holes, especially the supermassives that inhabit the centers of galaxies, stand out for their voraciously accumulating shiny discs of gas and other materials. The EHT image reveals the shadow of the M87's black hole on its aftermarket disk. Appearing as a diffuse and asymmetrical ring, it reveals for the first time a dark abyss of one of the most mysterious objects in the universe.

"It's been such an accumulation," Doeleman said. “It was just amazement and wonder… knowing that you discovered a part of the universe that was off limits to us.”

Compare in this image the photo (left) with the simulation (center). With the simulation blurred to approach the effect caused by the absurd distance to the telescope, we see the incredible similarity that the images have, being a strong confirmation of the General Relativity Theory.

“Overall, the observed image is consistent with expectations for the shadow of a spinning Kerr black hole as predicted by general relativity.”

Want to learn Power BI and become a Data Analyst? 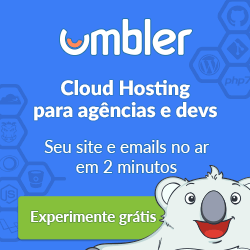 Menu
Scroll back to top